The idea described by the concept of capitalism does not address why human happiness exists, in abundance, on this planet. Capitalism was not created to address the issue of happy human existence. Capitalism was created only to describe how properly functioning persons behave when socially engaged; they behave rationally. In other words: While socially engaged, ethical persons continue to behave in accordance with the laws of nature determining their proper behavior right here on earth.

Capitalism is not personal, it is social. Meaning that Capitalism discusses those consequences resulting from agreed to social interactions. It does not discuss those consequences resulting from the proper behavior of an individual living alone on a deserted island [for example]. Capitalism deals with moral, and therefore reasoned, social relationships; rather than ethical, and therefore proper, individual behavior. Recall that social-morality is simply the principles of individual-ethics moved into a social setting.

The God Conundrum
However, there is a specific kind of Capitalistic interaction which is responsible for ones selfishly motivated desire to experience personal happiness. But, to avoid a great deal of confusion, we must replace the term Capitalism whenever we discuss that specific kind of Capitalistic interaction. The new term is God. Unlike Capitalism, which describes only the social consequences realized from agreed to interactions, God describes the consequences realized from selfishly motivated individual behavior, while socially engaged. However since God a based consequence can only be realized via. a Capitalistically structured social interaction; then, it must be acknowledged that God cannot be realized when living alone on a deserted island.


A fundamentally selfish social interaction; i.e., a God based social interaction, is not described by or under the concept of Capitalistic morality, it is defined by and under the concept of love-of-self. Love of self is fundamentally ethical where Godly love is fundamentally moral. Meaning that love of self is framed in one's today's existence, where Godly love is framed in one's eternal existence. To be considered a person of God, then, the focus and purpose of ones behavior must be directed by ones selfishly motivated desire to remain alive today while seeking that special Capitalistic social interaction insuring that the eternal nature of one's today existence is eternally preserved. Therefore the God Conundrum.

Notice how this requires that the person living alone on a deserted island cannot be considered to be motivated by God's Love but instead by his naturally occurring love-of-self. This requires that happiness is-not an ethical issue [i.e., that it is not a personal issue], but that it is a moral issue [i.e., that it is a social issue]. The term God is unique in this way. It is the only term permitting individual ethics [the basis of selfishly motivated survival] to persist as the fundamental motivating factor of ones moral interactions [the basis of Capitalistically motivated happiness]. Since happiness, as it is described by God, is the fundamental moral issue; then, happiness is not a physically potent idea. It. instead, is an intellectually potent idea. It's true meaning is not a resultant of what is or can be sensually known to exist. The true meaning of happiness can only be rationally understood.

God is the fundamental Capitalistic idea because it denotes the continued existence of the physical existence of that which is required for ones own happiness to exist; ones own living-self.

As implied above, and as previously stated:
Capitalism explains that when individuals cooperate with one another the benefit each experiences is greater than if they had performed those same tasks alone. Acknowledging that this increase in personal benefit is not a direct consequence of the voluntary application of ones own individual skills, talents, and abilities; but is instead a direct resultant of ones cooperation with an equal other; then, this acknowledgement requires that the term benefit is replaced. That new term is - Profit. Profit is the term created to acknowledge the existence of the additional benefits one realizes from one's agreed to, purpose driven, ethically based, selfishly motivated social interactions.

Keeping this idea of profit in mind: Notice that because God is a more fundamental term than Capitalism; then, whenever the term God is used one cannot continue to use the newer Capitalistic term of profit to denote the additional benefit realized. The new term is happiness. As capitalism is based in (and focused on) socially produced profit, so is God based in (and focused on) personally produced happiness.

Distinguishing Need from Value.
Need is a metaphysical term. When the metaphysical basis of need is intellectualized it becomes the epistemological term pleasure. Pleasure is the term used to describe the human animal’s instinctual [not intellectual] response to satisfaction of need.

The greatest benefit an ethical person can enjoy is the continued existence of the eternal nature of their living-self. This is the principle of fundamental selfishness as that is defined under an by the fundamentally Capitalistic term - God.

The Answer Is Now Available 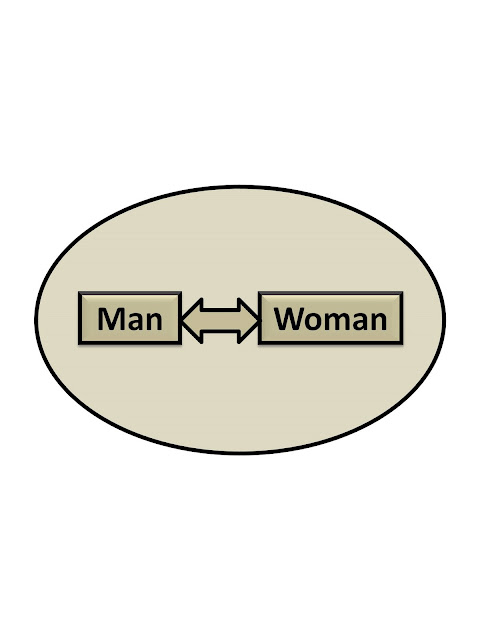 The sound visually symbolized as 'God' was created by the human mind to denote that special Capitalistic relationship which can only exist between a man and a woman.

God is the basis of (i.e., it is the standard for) determining whether ones behavior is fundamentally Capitalistic or not. For Capitalists to continue to produce the survival needs of living human beings right here on earth, Gods must continue to reproduce the living-existence of those same human beings; over and over again.

God did not create living human beings. It simply describes how their living existence can be saved for the remainder of eternity. Why and how living humans came into existence in the first place is for another blog. Since that is a scientific issue, then, it is outside the philosophical focus of this blog. But let it be said here and now: Like water, living human existence is the result of a naturally occurring physiological and electrochemical phenomenon.

Go To "Solving the God Conundrum"