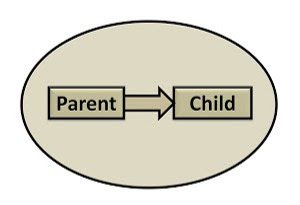 We note that the smallest society consists of two persons. If we were to discuss two people living together on a deserted island, we would be able to discuss what a rational functioning society is and that upon which its continued existence depends. And in doing so, we would discover the answer to one of the greatest questions facing man.

What is personal salvation, and upon what does it depend?

Soon enough [in the absence of God] nothing else will matter.


When your behavior honors the current eternal nature of your living-self this means you are behaving in such a manner that your living-self can [possibly] continue to remain in existence for the remainder of eternity. Put into other words: The continued survival of your living-self right here on earth is determined by your selfishly motivated behavior when you are morally engaged. The consequence you experience stands as proof that you have successfully achieved both the purpose of and the reason for your existence as a specific kind of living entity, a human-being. This; of course, requires that your living-self has been joined with the living-self of another. The proof you have satisfied your God is your child.


Solving the God Conundrum.
# Proper behavior is that ethically motivated, purposefully selfish, individual behavior centered on using the resources found only in the physical environment to satisfy that which is required for ones living-self to remain alive for a normal life span. The consequence resulting from ones proper behavior is called a beneficial experience. Experiencing beneficial consequences is discussed under the branch of philosophy called ethics.

# Capitalistic behavior is that morally agreed to social interaction centered on using the resources found only in the physical environment resulting in the production of more of what is required to remain alive. Thus improving the experience of living on earth for a normal life span. The consequence resulting from ones Capitalistic behavior is called a profitable experience. Experiencing profitable consequences is discussed under that branch of philosophy called morally.

# Happy behavior is that special blend of Ethical and Moral behavior centered on using the resources found only within ones own body resulting in the eternal nature of ones living-self remaining in existence even past ones own physical death, and possibly for the remainder of eternity. The consequence resulting from ones happy behavior is called a Godly consequence. Experiencing Godly consequences is not yet honestly discussed in any reason based public forum.

For example: Your parents were selfishly motivated to behave in that manner described by the idea captured within and by the definition of the fundamental Capitalistic term - God. Their living existence will continue to exist beyond their physical deaths only because their behavior was guided by what God requires and demands.

It is the living existence of yourself that proves each of your parents has successfully experienced God's Love-of-self.

This is the idea of personal salvation. God has saved them from eternal extinction.

As are you, so is your child
A Child of God

Return to the Beginning